Skip to content
Piracy. There are those who are drawn to it because of the stories of adventure, fame, and fortune. Some use it to rebel against the controlling authorities. Some are just born that way. Others are made that way by societyâ€¦

"Nanite Convulsive Therapy", they called it. They said it would fix her. She was arrested after her ship got destroyed by Concord and she received a permanent mark on her record for initiating aggression in high-sec space against a State employee. â€œI donâ€™t know what sheâ€™s capable ofâ€¦â€ SkeletonDenial told the psychotherapist, â€œâ€¦ but you need to lock me up, it would be for the best.â€
So, there she lay, restrained on the table with 400 nanite unit factories being placed into her.

I feel warm on my left side as the manifestation begins, encoding the nanite swarm through a projected machine, giving life to them as a structured emission of coherent microwaves.

The nanite swarm being administered from the factories let her rest briefly while the mind clone laid down the last few reflexive routines in the nanite swarmâ€™s immaterial processing core.

The doctors push the soft switches; the manifestation responds, reaching up with tiny microwave fingers tempting to pull the knowledge from her head, re-arranging her thoughts. The molbydium tubes were placed into her head at about the temples, the front and back of one side of her head so the nanites would only work in just the right side of her brain.

Sometimes the nanites going through her brain caused seizures so powerful that she could hear her own bones snap; first her left leg, then her left arm. The Cortex Dump, a new but not entirely unheard of procedure was not the cause such a violent reaction; it was use the illegal use of the nanite therapy to do it. It wasnâ€™t fully approved by the State yet. Technically it was possible, socially it was repugnant, but still insanely illegal.

The terror she felt was not physical suffering of her treatment, it was the strikes to her core personality, and it was terrifying for that reason. It felt like she was getting hit in the head with a hammer. She began to feel dazed, confused, and disoriented. Her thoughts became uncontrollably disjointed. Her mind seemed to break into random splinters; shredded apart in a broad and deep dispersal pattern, all those deep structures of her mind being ripped, ripped out. Deleting and randomly rewriting all of the secret thoughts at the heart of her, attempting to remove her true sentience.

She started to forget about her problems after a while. It was as if she was in a grey limbo. They could suspend her, but she would not let them kill her.

Two days later after the concussion wore off, Lynnea wished Anika would take over, and Anika did.

â€œHow are you feeling, today SkeletonDenial?â€

â€œExcellent. Today we are releasing you to a private corporation, Excav Conglomerate. You have made much progress and we feel you are ready to move on. I must say you are one of our favorite patients, a model of success.

Your new role will be mining security. The CEO has agreed to continue to monitor your progress and send us periodic reports, and I will be providing him with your medical file.â€ Anikia read part of the corporation description:

â€œThis is a non aggressive corporation with views to make a surplus through the cooperation between others. The only conflict allowed in this corp is through means of aggression made towards the corporation only. An example would be a player of another corporation attacking a player of this corporation.â€

See Lynnea? Everything is fine, just like I promised. Were going to a low-sec system, the State will no longer be a concern for us. I wonâ€™t let them hurt you anymore. 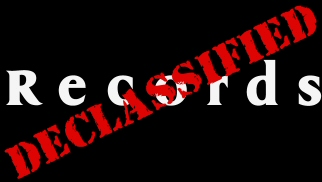 Skeleton Denial has been diagnosed with two personalities - SkeletonDenial and Cryptic Myst. The "split personality" is part of the diagnosis of her condition of "schizophrenia with involuntary narcissistic rage".

We still do not know the center cause for this. It might be caused by bad parenting, and lack of moral fibre. The straight answer is that we still don't fully understand the causes of her condition. We do know that there is a genetic component, and that there are some poorly-understood environmental and biological triggers.

She is to be considered unstable and violent, and could go "wild" without any warning.

This condition is treatable, provided she remains close to her home base with continued medication, therapy, and close contact with her chain of command. Indeed, hope in a recovery is part of the treatment.

Documented Behavior for SkeletonDenial is as follows: Hallucinations (she sometimes see or smell things that are not there, or she may hear voices telling her what to do, or commenting on her actions) Disorganized thoughts (her speech jumps irrationally from one topic to another, or she may create new words) Disorganized behaviors (wearing multiple layers of clothes, shouting inappropriately in local).

On the other side of things, negative/passive symptoms she has displayed include: a withdrawal/loss of motivation loss of feeling speaking much less frequently, and what is said may be repetitious or vague and flat presentation (unchanged facial expressions, reduced body language and decreased spontaneous movements).

SkeletonDenial has showed a great deal of improvement while working towards graduation here at the Caldari State War Academy. We will be releasing her to the care of Skycaxgfnp, CEO of kl;ierh9 8289 89 corpot h her and keep her busy with jsjfjcv d [ 999 we feel this will no longer be an isszzz7ue. 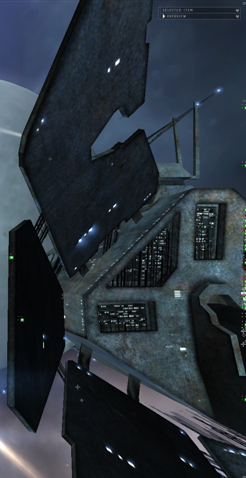 I want to clap, but it just won't work over the net =D

I look forward to reading further instalments.
However I'd like to make one suggestion,
in the description of the "non-aggressive"corp. you might want to change the word "player" to that of "pilot".
But still, a very good story