SkeletonDenial was slowly driving through systems in The Forge, looking for targets. She jumped into the next system.

This was not going to be a good day. It was a beehive, and she had no support.

SkeletonDenial looked at what she was up against. A Raven, a Thrasher, a Celestis, 2 Throaxes, a BlackBird, and a Sabre. It's not impossible. She made past worst camps before. SkeletonDenial searched for the nearest warp to object she was aligned to and engaged the warp drive. Itâ€™s amazing how much you can think about in just a few short seconds.

She kept repeating the command in her head.

She remembered the hull of her ship imploding; she felt the ensuing concussion wave.

She thought she was still in her pod, but she couldnâ€™t be sure. She wasnâ€™t sure if she had been podded, she didnâ€™t remember the pain of the last minute brain scan. She kept repeating the warp command in her head, trying at the same time to orientate herself. Just in-case the pod was still floating next to her Hawkâ€™s wreckage.

Why was she so damn cold? Where the hell were her camera drones? She could not see anything, there was nothing but blackness. It was so cold she was numb. She felt so very tired, she thought about giving up and just going to sleep. It would feel so good to just let goâ€¦.

She thought she heard the crackle of her pod voice communications coming to life. She started to feel pain. The numbness she felt was being replaced by pressure, like she was getting squished by a capital amour plate, while being stuck by pins at the same time.

Did the cloning process malfunction? What she thought was the white noise from pod communication console was getting louder. Her heart did not feel right. It hurt. Her chest felt tight. SkeletonDenial? She thought she heard her name through the noise, faintly, she could not be sure. 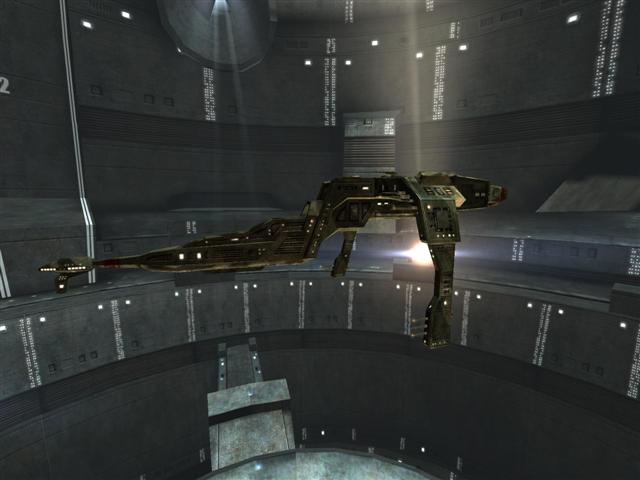 The station manager at Mattere was pissed. Ships needed to dock, and he didnâ€™t have enough hangers. Usually this wasnâ€™t an issue. Usually pilots kept on schedule. Showed up on time, and left on time. The station also had some spare hangers for the unexpected and emergency arrival of pod pilots, but this wasnâ€™t a typical war zone. Wars in Empire were getting more frequent, but Mattere was not a system on one of the more common travel pipes, and it definitely was not a major trade hub. Most of the pilots in this system were high-sec miners, a couple of mission runners, industrialists, that sort of thing. At any rate the station needed some critical supplies, and there was one hanger in particular that was causing a major backup.

There was a Cerberus docked and was scheduled to leave over 90 minutes ago. To compound the issue, his station crew could not get into the hanger.
Just he was about to head down to the hanger to deal with the incompetence of his employees, he received an incoming transmission on his desk terminal.

It caught his attention because it was a transmission coming in encrypted, priority level 2.

â€œOh God.â€ He thought, â€œNow what. This day just keeps getting better.â€

He entered the security code and was slightly taken aback by the person he was about to talk to.

â€œHow are your shipments through Mito going Mr. Cathedance?â€

â€œVery well, actually, is there a problem?â€ he said cautiously. He hated this woman he was talking to. But it was a necessary evil for him, as well as profitable, and that was his main motivation for dealing with this pirate organization.

â€œWell, that depends on you. I have a small task I wish you to undertake, that is, to insure that your shipping lanes remain open through Mito.â€

â€œYOU BITCH! â€¦â€ Mr. Cathedance yelled trying to act like he wasn't afraid of the woman on the other end of the terminal.

â€œYou told me I had two more weeks left in this agreement!â€

â€œAnd, you will, as long as you complete a simple task for me. It will take you hardly no time whatsoever.â€

â€œI believe youâ€™ve been requested to go to hanger H5-3 on your station?â€

â€œAre you insane? I canâ€™t go around killing people? Even if I do run this place!â€

â€œMr. Cathedanceâ€, the female voice from the terminal replied sternly, yet calmly, "I didnâ€™t ask you to kill anybody. Just shoot her in the head. You canâ€™t kill a pod pilot if itâ€™s done correctly. You do want your shipments to go through still donâ€™t you?â€

â€œFine.â€ Mr. Cathedence replied, â€œFine.â€ after all, he thought to himself, a life of a pod pilot for a few more million in profit, 49 million actually, was a good deal.

The manger pushed his way past the crowd of onlookers, pilots, and station crew. It looked like the stations crew was finally able to get into the hanger, and onto the Cerberus that was supposed to undock.

â€œWhat in the HELL is going on HERE!â€ The manager barked, as he made his way past several medical personnel.

â€œWhat theâ€¦â€ the manger stopped short of finishing his sentence as he looked around the Heavy Assault Ship. There was blood splattered everywhere. There was blood on the walls, the floor, and the consoles. He went over to see what the medical personal were frantically doing when he saw a pod pilot laying on the deck floor of the ship.

She didnâ€™t look too good. She had cuts on her arms, her neck, and her ribs. â€œLock this station down! Nobody docks or undocks until we find the criminal who did this!â€

â€œThat wonâ€™t be necessary.â€ replied a medic, â€œIt looks like a suicide attempt.â€

â€œIs she dead?â€ the manager responding with a note of hopeful optimism in his voice. He didnâ€™t care what her problem was. He needed to get the station docking services back onto schedule.

â€œI think she is going to pull through.â€

The manager frowned. â€œWhat difference does it make? Shoot her in the head and let her get cloned wherever her contract is. I got a station to run!â€

â€œShe seemed a bit off today.â€ A man replied from behind him.

â€œWho the hell are you now?â€ asked the manager as he turned around to look at this person.

â€œLysander. Lysander Kaldenn. We usually fly together. I was just congratulating her on her first 250 kills since becoming a Privateer. She acted like she had no idea what I was talking about. She brought up the CONCORD logs and then ordered everyone off the ship. She kept mumbling how she â€˜had to stop herâ€™ and that she 'wouldn't let her hurt anybody else anymoreâ€™. Then she just locked herself in on the ship.â€

Someone in the crowd nearby could be heard saying, â€œSkeletonDenial? What kind of a name is that anyway?â€

If your looking for SkeletonDenial, well, she isnâ€™t here right now. She couldnâ€™t handle the pressure. Sheâ€™s scared. A weakâ€¦ patheticâ€¦ lamb, who will break like crackersâ€¦ and she needs me to take care of things. You know that.

Let me take care of it for you, and then you wonâ€™t have to deal with it. You know it has to be done. Iâ€™ll protect you. Iâ€™m strong enough to take care of you, and me. Youâ€™re part of me. You do what I say.

Who needs God when you got me?

My first podding of a Caracal pilot made me feel whole. Yet I felt like I lost something, a part of me. But it felt oohhh Sooooo GOOD!!! My second podding of an industrial pilot was even more satisfying. Even more pleasurable are the destruction warships with thousands of innocent souls onboard.


I have cut myself time and time again and poured my own blood on this ship to reveal the thousands that have died by the use of this weapon.

I look at it logically. I tell myself the only thing I lost was security status. But really I am losing who I was. The worst was when I was in my pod, floating in space, barely conscious; listening to the voice of what I thought was my one true and only love, Anika. I couldnâ€™t hear the voices anymore. It had gotten worse. I know I should have gotten help but Iâ€™ve gone too far.


What will happen to me when she leaves? I think she killed meâ€¦

â€¦but I think I killed her.


And though I have killed my only one true love, she will remain with me forever.

â€œLet someone else deal with her.â€ the station manager said angrily.

The station manager turned and looked at the pod pilot by his feet, and ordered the medics to back away. He took his laser pistol out of his holster that was strapped to the side of his leg, pointed it towards SkeletonDenialâ€™s head, and fired, severing the top of her cranium right down the middle. 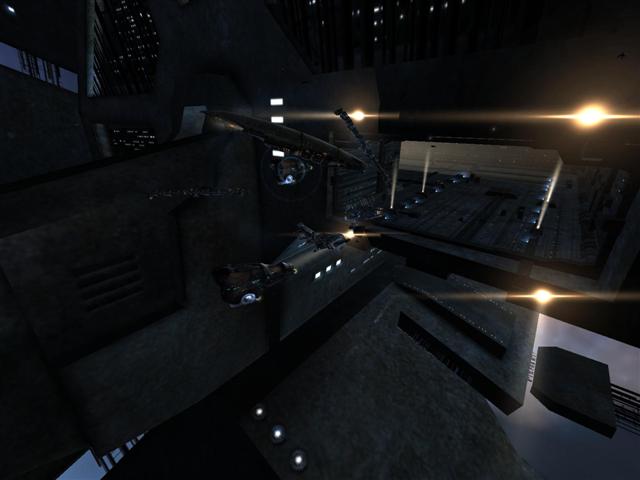